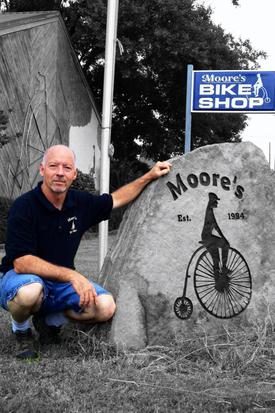 "I’d like to say that I’ve been in love with the bicycle ever since the trainings wheels came off but I honestly don’t think I ever owned a bike with training wheels. I do remember being pushed up to speed and then wobbling until I learned how to keep my hands and knees off the asphalt. Different folks benefit in different ways from cycling. Some like the social aspect or the adrenaline rush of competition, but I’ve always relied on the power of cycling to help me better hear the voice within. Someone once said that the best ride is one that takes your mind to a place it’s never been before. I tend to agree."  James rides a 1980's Mongusta road bike. 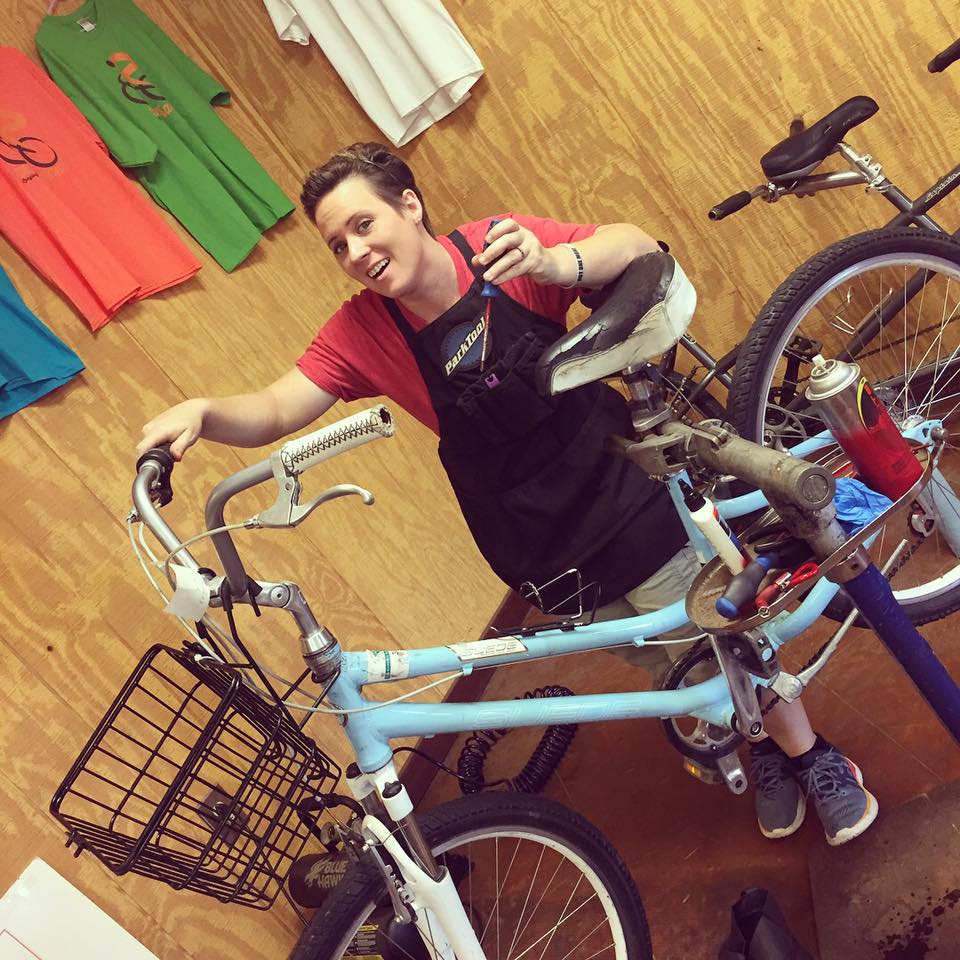 Hi, I'm Jenny.  I started working here after high school in 2003.  I was first interested in the job becuase I enjoy the mechanics of a bicycle.  I also like to see how bicycles transform people.  It's not only a form of transportation, it's a lifestyle change.  A way to better yourself - physically and mentally.  People of all aspects of life ride bicycles, and face it, it's fun!  I once earned the Natchez Trace Century Ride Tee-shirt and have travled around the country with my mountain bike.  When I'm not riding or working I like to play music with friends and spend time with my son. 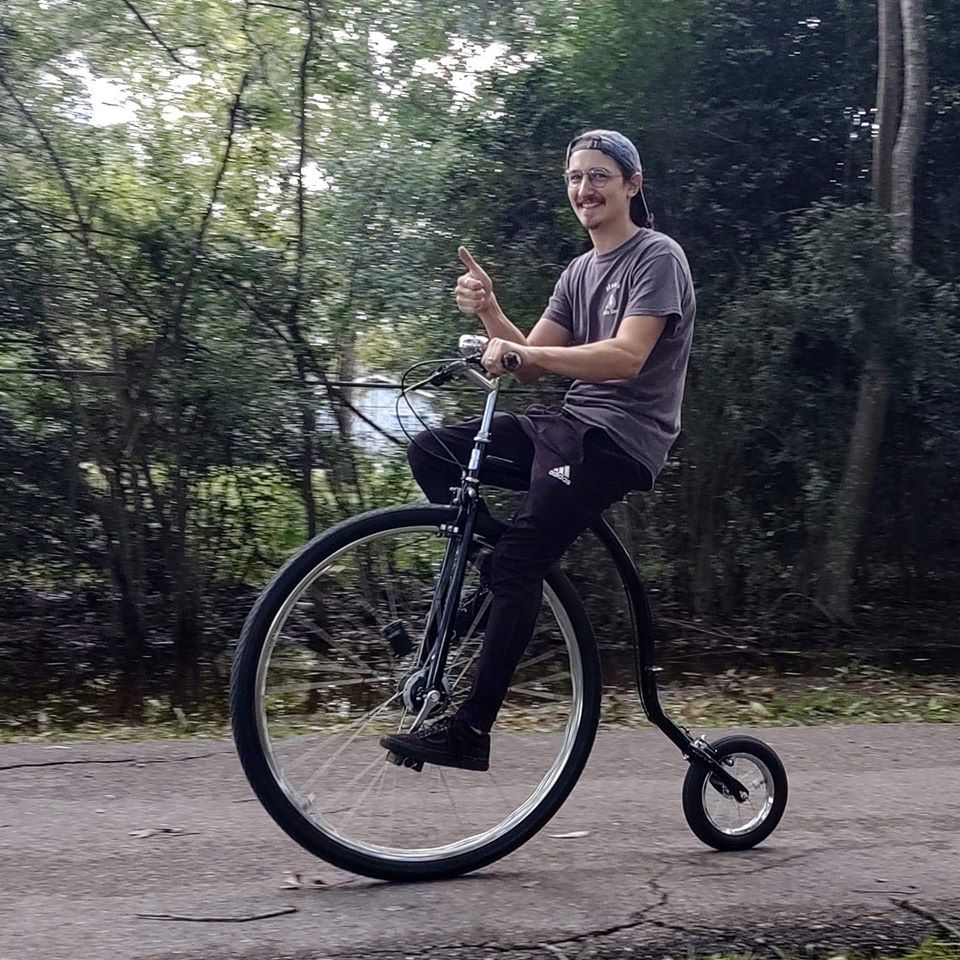 Matt Schuster joined the Moore's team in September of 2019 but has been tinkering with bikes and all things mechanical for nearly a decade.  Matt spent the first 22 years of his life in Wisconsin where he earned his Human Services Leadership degree at the University of Wisconsin - Oshkosh along with a certificate in Adventure and Outdoor Pursuits.  He loves spending time outside in nature riding his bike, longboarding, walking his dog Harley, or just hanging out in a hammock.  He also likes to play his ukulele and the piano in the back of the bike shop.  Matt often rides his 1980 Panasonic Sport road bike to work in the mornings and gets out on the trails on his 1986 Panasonic Pro ATB touring bike. 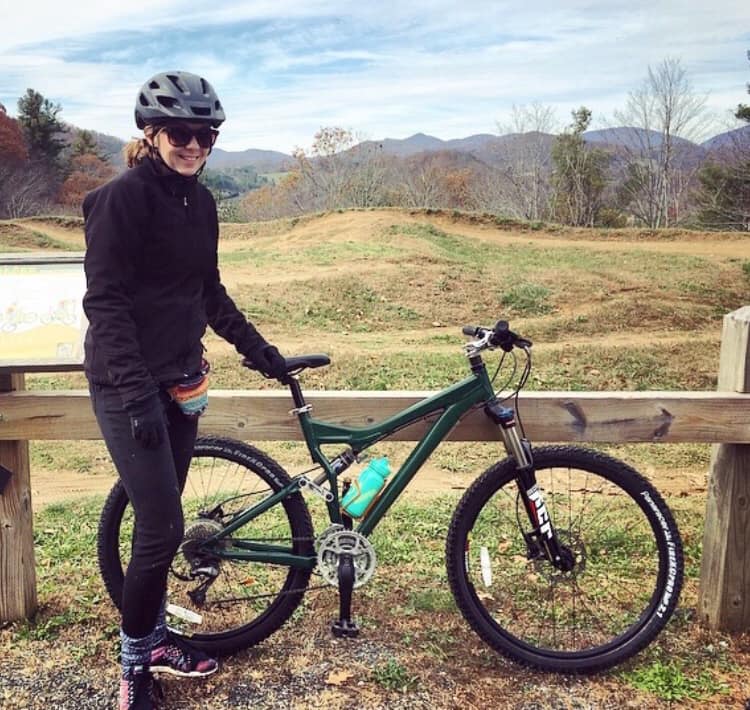 "Strive not to be a success, but rather to be of value" - Albert Einstein

The first thing you should know about me is that I love my dog!  Presleigh is a beagle-lab mix and the best friend that I could have!  I enjoy biking in all forms, as well as kayaking.  In 2019 I medically retired from the Air Force after 10 years of proudly serving as a military police officer.  Due to certain medical conditions ending my military career, I thought finding, and keeping a job would be difficult.  That was until I found Moore's Bike Shop.  I was worried about my lack of experience when I first started, but found that I was catching on quickly and eager to learn more.  I strive to continue to be a dependable and efficient employee, so that I will add value to the shop, and in turn become successful in this field.